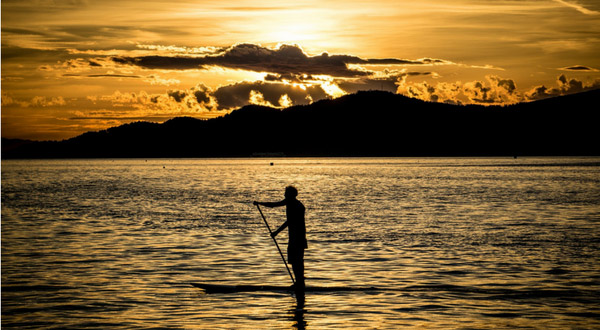 If you’re serious about SUP racing, then the ELITE boards are exactly what you’ve been looking for. With a sleek design for cutting through the water with reduced drag. Thanks to Red Paddle Co.’s tech, there’s virtually no flex, which is one of the biggest things holding back inflatable SUPs when you’re racing.

They come with a fin system that’ll let you customize things to suit your own personal style as well, making them flexible for those who are seriously into racing. The boards come in both 12’6” and 14’ varieties, with extra width available for those who are a little bit bigger.

Covered in this class is also the Red Co. Max Race which is a 10’6” board also designed for racing in the smaller classes. It’s a pretty similar design to the ELITE boards but made primarily for those who are 155lbs or under.

All of these boards also have a good degree of pitch in the nose, roughly 5.9° to help minimize contact with the water and keep friction down as well.

As usual, you’ll also receive all of the accompanying stuff like a backpack to hold it and a TITAN pump.

If you’re looking for an inflatable SUP which is capable of racing even with standard boards, then picking up one of the ELITE boards is a great way to go.